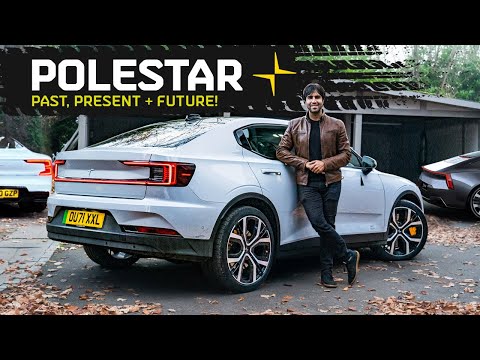 The #Polestar Full video is sponsored by The Ridge wallet company! Visit http://ridge.com/rbr and use code “RBR” for 10% off!!

We are so used to our usual fare of electric vehicles, be it Tesla, Porsche and all other German and American efforts — it’s nice to see a fresh take from a new manufacturer!

Enter Polestar, a young company with origins lying in the Swedish Touring Car Championship, where the previously named Flash Engineering team rebranded as Polestar racing. They engineered racing Volvos, and in 2009 were acquired by #Volvo officially to modify existing models. Over the years they produced some interesting concepts, functioning as a mad scientists lab for Volvo #Cars, developing designs and technologies of a more experimental nature.

The first we will drive is the Polestar 1 – based on the 2013 Volvo Concept Coupe, which in turn had heavy inspiration from the classic Volvo P1800 gorgeous coupe. The majority of the upper body, including doors, bonnet and boot-lid, are made of carbon fibre reinforced polymer, to increase rigidity, lower weight and allowed them to create a top roofline otherwise not possible with steel.

Rather than a “by the way” hybrid, like most German attempts, the polestar 1 is a both feet in attempt at making a properly hybrid mix. Underneath the bonnet sits a 2.0-litre four-cylinder that’s both turbocharged and supercharged giving 308BHP – stolen from the XC90, plus 68BHP from an electric motor acting as a starer motor. These elements power only the front wheels.
The rear, gets a pair of electric motors with torque vectoring, giving another 232BHPm from a 342KG battery positioned in the center. That gives up 600BHP, 1000NM, and a 0-60 of 3.9!

Electric only range is claimed at 150 km, which sits there laughing at cars like the Panamera with it’s 30 miles, and the GT63S E at half that.

THE 2, also finds it’s routes in a Volvo concept car, namely the 2016 Concept 40.2.
Based on the Volvo CMA platform, so somewhat based on a Volvo XC40 : The body is created from five different types of steel, inc ultra-high-strength boron steel, for torsional rigidity. It has a 27-module, 324-cell battery, 78KW battery, in a unique T shape. The EV is a twin-motor drive system with front and rear motors are identical in size and output, delivering a combined 408 hp and 660 Nm, 4.7 seconds. The range quoted is 291 miles, which i5 gets close to.

But will the unique design and thinking be enough to battle old-established rivals? Today we explore:

Up next on RBR is the new 1000km Mercedes EQXX review and MUCH MUCH More!! Subscribe to support us and see them first. 🙂

Love my special effects?!
You can use some of them too!! Head over to Production Crate, my only resource for video VFX! Link below: