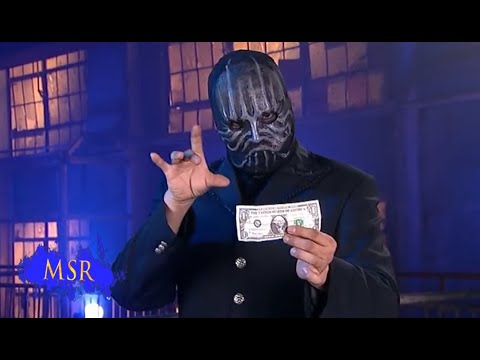 Amaze your friends and family with this clever close-up magic trick performed by street magicians all over the world. Watch to learn how to turn a one-dollar bill into a fifty in the blink of an eye!

Come to our channel every Thursday to see more magic tricks and how they are performed!

Breaking the Magician’s Code: Magic’s Biggest Secrets Finally Revealed is a series of television shows produced by Nash Entertainment in which the closely guarded secrets behind classic magic tricks and illusions are exposed by the Masked Magician, aided by his beautiful assistants.

The enormously popular TV specials and series featured the incognito magician performing large-scale illusions and a few smaller-scale close-up magic tricks… then revealing the secrets of how the tricks were done.