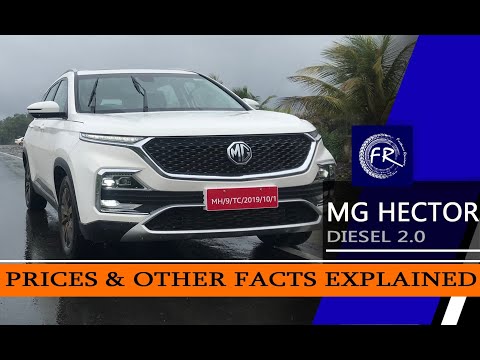 TO READ MORE ON THE MG HECTOR:
https://www.rotelinie.net/post/mg-hector-review

We are back with another video of the hector in which are discussing in detail about the vairous warranty details & AMCs & other offers given by Morris Garages for the hector. And even we are talking about the diesel engine of the hector which is the 2.0 litre diesel motor carried over from the its main competetors the Harrier and Jeep Compass. This engines in the hector produces same power figures as of the Jeep compass. Harrier is producing power on the lower side though.
Hope you like it and find it useful.

The so called touch point aka dealership of MG in Kolhapur is Unique MG which is located off the NH4, near to Kolhapur steel in Shiroli MIDC here in Kolhapur.
+91 7620115015

*About the 5 free services, only the labour is free (parts not included).