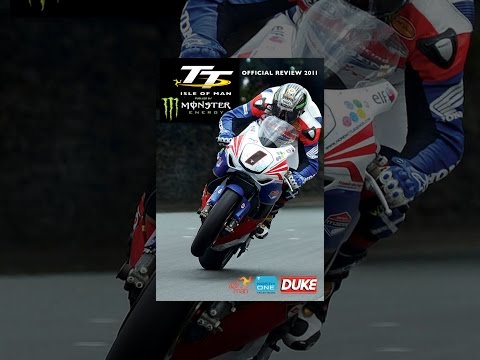 Relive the action, drama and atmosphere of the amazing 2011 Isle of Man TT fuelled by Monster Energy. The Official Review features comprehensive coverage of every race, practice and the unique festival atmosphere which surrounds the world’s greatest road race. This is racing at its most extreme – speeds of more than 190mph just inches from hedges, houses and walls. New fans have flocked to the TT since it was immortalised on the silver screen in the epic cinema documentary TT3D: Closer to the Edge, the gritty and real story of the 2010 TT festival which encapsulated the triumph and tragedy of this most incredible of sporting events. First run in 1907, the Isle of Man TT is one of the oldest and most famous motorsport events in the world. It is also one of the most notorious, pitting the skills of riders against the extreme challenges of more than 37 miles of public highways which, during the rest of the year, are normal, everyday roads. Today, the TT features full-blooded, race-prepared Superbikes, 600cc Supersport machines, 1000cc ‘standard’ Superstock bikes and Formula 2 Sidecar outfits powered by 600cc engines – plus the exciting new TT Zero class for bikes powered by rechargeable batteries, the testing ground for zero-emissions racers. The Isle of Man TT was where modern motorcycle Grand Prix racing began, the racing today known as MotoGP, and some of the biggest names in racing history have tested themselves against the legendary course, including Barry Sheene, Giacomo Agostini, Mike Hailwood, Geoff Duke, John Surtees and many more. In more recent years, the event was dominated by the late, great Joey Dunlop, whose record of 26 wins is yet to be equaled, and the much-missed David Jefferies who, with nine wins to his name, was established as one of the TT’s greats before his tragic death in 2003. Today, the heroes include John McGuinness, the unassuming man from Morecambe, UK, who in 2011 took his TT tally to 17 wins, reinforcing his status as the undisputed ‘King of the Mountain’ among today’s TT gladiators. There’s also Guy Martin, the outspoken maverick who headed into the 2011 TT still hunting that elusive first TT win – his chief ambition in motorcycle racing. Michael Dunlop, nephew of the great Joey, is a hero to thousands, while veterans Bruce Anstey, of New Zealand, and England’s own Michael Rutter, a star of the British Superbike Championship, are always men to watch. And one of the rising stars of motorcycle racing, Gary Johnson, determinedly put his mark on the TT in 2011. While the ‘solo’ races dominate the schedule of the two-week festival of speed, traditionally held at the end of May and beginning of June, the Sidecars produce just as much excitement and action. The three-wheelers on the Mountain course today include former World Champions like Tim Reeves, the Birchall brothers Ben and Tom, and Austrian great Klaus Klaffenbock who, again joined by multiple TT-winning sidecar passenger Dan Sayle, was seeking another double victory in 2011 to continue his 2010 domination. However, TT Sidecar regulars John Holden and Andrew Winkle would have something to say about that! In this official review, new trackside camera angles, breathtaking aerial footage and white-knuckle on-board sequences put viewers at the heart of the action for unrivalled race coverage, including the stunning ultra slow-motion camera footage, and exclusive behind-the-scenes access. Once again, expert commentary and analysis comes courtesy of former racers Steve Parrish and James Whitham, and, new for 2011, TT-winner Steve Plater joins the team. This was the 100th year of racing on the 37.7-mile Mountain course, and this action-packed review shows just why the event continues to grow in popularity.