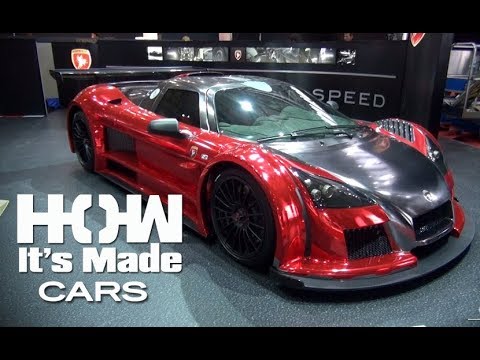 The Gumpert Apollo is produced by German automaker Gumpert Sportwagenmanufaktur GmbH in Altenburg. Gumpert entered into Administration in August 2012 though production continues with the company attending the 2013 Geneva Motor Show.

In 2000 Roland Gumpert proposed a new generation sports car. One of the first concerns of this car was that it was a street-legal car which would be ready for the racetrack. He returned to Germany at the end of 2001 after more than three years in China where he was the head of sales and marketing responsible for the development of the dealer network of the Audi-VW joint enterprise. Just after he returned to Germany automobile designer Roland Mayer asked him if he would assist him in building a prototype supercar. Audi approved Gumpert’s involvement in this project on the condition that if they did eventually develop a new supercar it would not be a prototype but a series product.

The company located in Altenburg Germany was founded in 2004 under the name GMG Sportwagenmanufaktur Altenburg GmbH. The technical guidelines were defined and the first designs of the car were drawn by Marco Vanetta. Upon Vanetta’s completion of this process the first 1:4 scale model of Gumpert’s car was produced in 2001.

Gumpert continued with the development of the Apollo along with the Technical University of Munich and the Ingolstadt University of Applied Sciences. They have assisted with the constructional work computer simulations and wind tunnel tests. This research and development helped forming the blueprint for the first 1:1 scale model. Finally two prototype Apollos were constructed. Production of the Apollo started in October 2005.

Gumpert Apollo – How It's Made Supercar (Car Documentary)